THE ISSUE A newly formed group, the Lancaster County Skatepark Association, is advocating for the construction of more municipal skate parks, including one of roughly 5,000 square feet that could be included in the upcoming renovation of Lancaster city’s Farnum Park.

If we’re going to complain about young people spending too much time texting on their cellphones, watching TV or playing indoor video games, we need to make sure they have plenty of outdoor recreation spaces.

That means parks, playgrounds, courts and ballfields, of course.

It’s time to consider adding skate parks to that list, too.

Skateboarding represents a $4.8 billion market in the U.S., according to publicskateparkguide.org. The first real skateboarding boom was in the early 1960s, and then the sport’s popularity declined until 1972 with the introduction of urethane wheels, which were softer and provided more traction than clay or steel wheels.

By the 1970s, skateparks were being built across the country. Two decades later, skateboarding contests had achieved coverage on mainstream TV, and today, famous skateboarders like Tony Hawk are household names.

Skateboarding also is being used locally to empower kids with autism.

In June 2015, LNP’s Jenelle Janci profiled Get on Board, a program started by former professional skateboarder Ray Young that teaches children with autism and special needs how to skate.

In the past year, Rob Reed, a co-founder of the Lancaster County Skatepark Association, which boasts about 50 members, has met with officials in several municipalities, including Lancaster city, to discuss skateboarding and to push for more skate parks.

Earlier this month, LNP’s Tim Stuhldreher reported, the 35-year-old Reed gave a presentation to the parks and public realm committee of Lancaster’s SoWe neighborhood group about the possibility of a skate park as part of the planned Farnum Park renovation.

The city’s public works director, Charlotte Katzenmoyer, said the idea of a skate park at Farnum is just beginning to be explored, and there will be plenty of opportunities for public input before any decisions are made.

Reed, who presented some design possibilities at the meeting, told the committee that the proposed 5,000-square-foot skate park would be about the size of a basketball court.

Members of the audience asked Reed about fences and stormwater management. And some were concerned about potential negative impact on green space and parking — questions that deserve to be raised when projects such as a skate park are being debated.

“We’re just trying to get as much neighborhood feedback as possible,” said Rachel Eck, chair of the SoWe committee that hosted the meeting.

Reed said his goal is to see skate parks in several Lancaster city locations, totaling 40,000 square feet or so. Right now, there is one — in Lancaster County Central Park.

The Lancaster County Skatepark Association is raising money to help underwrite and advocate for skate park construction, with the gold standard being a poured-in-place concrete park built by a company that specializes in them, Reed said. They cost $30 to $35 per square foot, he said, so a 5,000-square-foot park could end up being $150,000 or more.

The advantage of a properly built, poured-in-place park is that it should last for decades with minimal maintenance, Reed said at the meeting, making it a smart investment.

He also said cities can limit their liability by making skate parks “skate at your own risk.”

The deliberative process being followed with Farnum Park — including proper consideration given to design, cost, green space preservation and community feedback — is a good template to follow for the construction of municipal skate parks throughout the county.

We applaud the Lancaster County Skatepark Association, the SoWe neighborhood and Lancaster city for going about this the right way.

And we urge other municipalities to consider following their lead. Want to get kids away from their screens? Give them places outside to play. 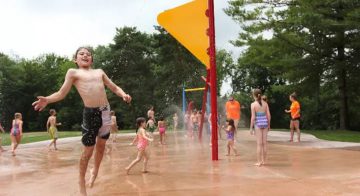 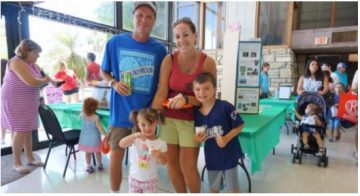 15th June 2017 By Connie Wollenberg, Garvin County Extension Educator Few outdoor activities are as entertaining to children as a playground. The swings, slides and seesaws are guaranteed fun, especially with the warmer temperatures of summer settling in across Oklahoma. In order to keep the good times rolling, though, it is important to make... Read more »
Read more
View all articles